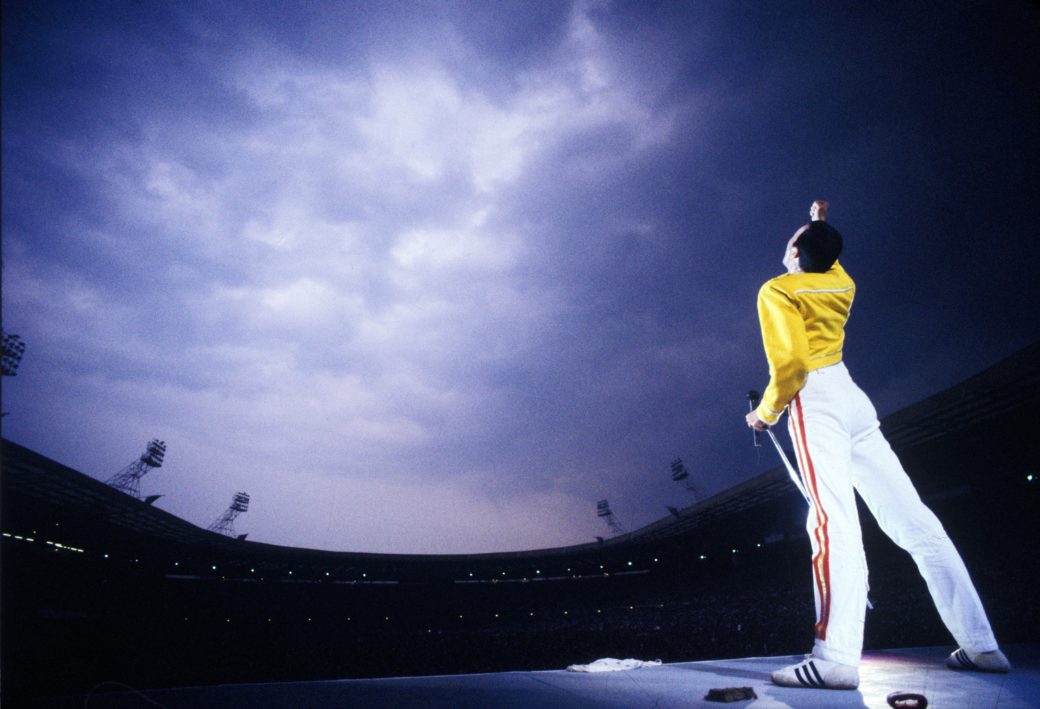 Princes of the Universe: Denis O’Regan and the Photography of Queen
The Williams / BMW Showrooms
Liverpool
September 26, 2017
RATING: ****

Are you likely to see any exhibition featuring Queen in any other surroundings than those that drip opulence? Not really and The Off Beat Lounge certainly chose well to put on Princes of the Universe: Denis O’Regan and the Photography of Queen at the city’s Williams / BMW Showrooms on Great Howard Street. The place oozes class – and money – so that the 100 + photographs taken by official band snapper Denis O’Reagan not only captured the spirit of the band, but also the essence of the time at which they were taken.

In a pre-show Q&A, O’Regan was on hand to regale the audience of around 50 enthusiasts before yet more descended, with tales of life on the road. There were stories of after show parties held in Munich brothels and of Freddie’s wish to go “F**k me a German” when Queen were in Germany and the country won the World Cup. There were also insights into the feelings of the band – as well as being the final gig, notable for its lack of after show binge – following the original band’s date at Knebworth in 1986.

O’Regan also explained that as a photographer, and despite the hundreds of gigs he has been privileged to be at – he barely got chance to watch a gig entire. From this stand point then, it seems the paying fan gets a far better deal than expected!

The true stars of the show are, of course, the pictures themselves. All beautifully mounted beneath low slung lights, it isn’t merely the subjects that glitter but also the skill on display in that one – or, in this case, those 101+ – killer shots. There’s Freddie pointing to the thunderous heavens at Wembley, Brian replete with red sash belt in Birmingham in ‘84, Roger giving it hell behind the kit during Somebody to Love at Milton Keynes in ‘82 and John at his studiously efficient best from just about any year the band were on the road.

There are also the more private moments taken backstage. Brian at a sound check, Freddie  sitting casually atop O’Regan’s camera boxes, Roger having a quiet cuppa and a fag and John being, well, John! What truly stands out though is the photographer’s eye for the moment and in this exhibition, if anything is exemplified, it is that Denis O’Regan is a master of his art.

Off Beat Lounge have other exhibitions planned in the near future. There’s events being dedicated to the photography of Punk and Bruce Springsteen looming. If you’re fans of either – or just appreciate the artistry of photography – do yourself a favour and snare yourself a ticket. You will not be disappointed in the slightest.