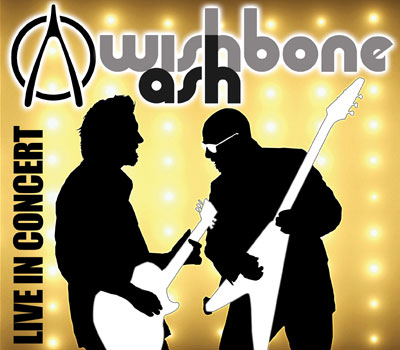 As Shalamar, Howard Hewitt and Jeffrey Daniel sold over 25 million records worldwide and collected no less than 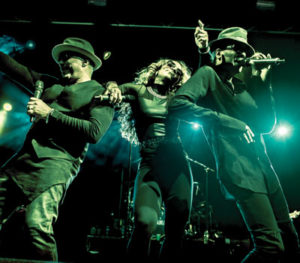 100 gold, silver and platinum awards. They always whip the crowd into a frenzy with classics such as A Night To Remember, I Can Make You Feel Good, Friends, Make That Move, There It Is and I Owe You One. Howard and Jeffrey, together with Carolyn Griffey – the daughter of Solar Records founder Dick Griffey, bring an exciting blend of funk, disco and soul to every live show. One of the most powerful and energetic acts on the circuit today.  With Special Guest: Natasha Watts 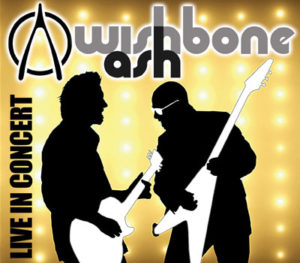 With millions of albums sold, Wishbone Ash continue performing their iconic twin-guitar sound to audiences around the world. Mixing songs from their most recent albums with legendary classics such as The King Will Come, Throw Down The Sword & Blowin’ Free, they show why they’re still one of the busiest bands in the business after more than 45 years.

With the release of Solo Recording 3 to much acclaim, Canadian one-man-rock-band Steve Hill will be performing to set the tone in his own inimitable and brilliant style. 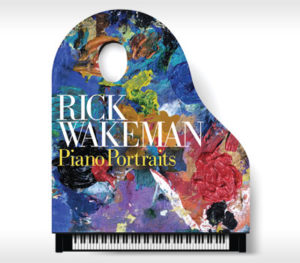 In January 2017, Rick Wakeman made chart history when his Piano Portraits album became the first solo piano album to enter the UK’s Top 10. Initially inspired by the unprecedented reaction to his performance of David Bowie’s Life On Mars on BBC Radio 2 in early 2016, the album features instrumental versions of hits Rick originally performed on (Space Oddity, Morning Has Broken & Wondrous Stories) as well of others specifically chosen for their wonderful melodies, including Stairway To Heaven, Help and Eleanor Rigby. He also added a selection of some of his favourite classical pieces (Berceuse, Clair de Lune and Swan Lake). 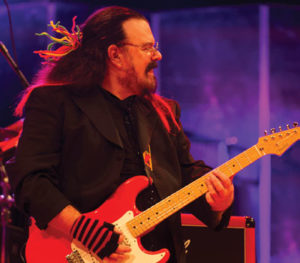 Recently inducted into “The Rock And Roll Hall Of Fame” in New York, Roy is now known across the world as a founder of The Move, ELO, and Wizzard.  This is a Rock Packed evening you won’t want to miss. Featuring Roy with his Big Rock & Roll Band, performing classic hits California Man, Flowers In The Rain, Fire Brigade, I Can Hear The Grass Grow, Blackberry Way, See My Baby Jive, I Wish It Could Be Christmas Every Day, and many more.

Tom Walker has been honing his guitar playing from a very young age, earning respect and admiration from music lovers and musicians across the globe. Now at the age of 21 he is now driving British blues to new levels from the heart of the UK with Tom Walker Trio. They have toured with the likes of The Move, Paul Jones (The Blues band, Manfred man), John Lodge (The Moody Blues) and Devon Allman to name a few.

Washington D.C’s Kim Jordan toured the world for 30 years as Gil Scott-Heron’s Musical Director, until his untimely death in 2011, and Liverpool spoken word artist Malik Al Nasir (band leader of Malik & The O.G’s) was Gil’s protégé from 1984 until his death.

Both Kim and Malik are committed to ensuring that Gil Scott-Heron’s musical and spoken word activist legacy lives on and as such, have brought both of their unique tributes together, for this very special showcase, The Revolution will be Live!

Will Pound and Eddy Jay

The dynamic and exhilarating duo of Will Pound and Eddy Jay leaves audiences breathless. The pair read each other instinctively, forging a path to new folk sounds with harmonica and accordion together as one instrument.

They call it the “Everest of Piano Concertos”, and no question: Rachmaninov’s huge, passionate Third Piano Concerto is a supreme challenge for any pianist. So we can’t wait to hear it performed by the phenomenal Boris Giltburg (last time he played here, the Liverpool Echo called him “mesmerising”). Conductor Carlos Miguel Prieto, back by popular demand, is equally gripping. So expect some serious energy in a brilliant new work from his native Mexico, and prepare to be astonished by Shostakovich’s remarkable Sixth Symphony: a vodka-fuelled collision of dark emotions and sheer fun.

Following an incredible 12 months including a critically acclaimed new album and nationwide sell out shows, ABC have announced a brand new UK tour performing all their greatest hits. This new full band show will also see them being joined by non-other than Kid Creole and The Coconuts. ABC were formed in Sheffield in the 1980’s when they decided they wanted to fuse the world of disco funk with their own unique post punk vision. ABC’s debut album 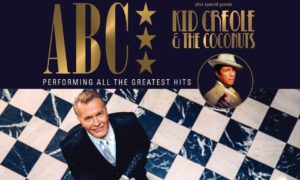 ‘The Lexicon Of Love’ (‘82) went to No 1 and sold over a million records. To date ABC have released 8 studio albums. A mere 34 years since the release of their landmark debut album ABC returned with their resounding triumph “The Lexicon Of Love II’ which immediately entered into the top 5.

Joining the tour as special guests Kid Creole and The Coconuts who for over 35 years has been entertaining music lovers around the world. Kid Creole And The Coconuts was born out of the burning embers of the brilliant and trailblazing Dr Buzzard’s Original Savannah Band. Born in the Bronx (New York), August Darnell (the Kid) is a man of multiple cultures, inclinations and personalities. His love of the big band tradition is evident: he travels with 10 musicians who all share his love of the ultimate musical tapestry. Their live shows have become the stuff of legend

Cutting-edge blues singer, songwriter and bottleneck slide guitarist Catfish Keith has established himself as one of the most exciting country blues performers of our time. Catfish’s innovative style of foot-stomping, deep delta blues and American roots music has spellbound audiences the world over. He has reinvented the guitar with great power and artistry, and brings a rare beauty and vitality to his music. Handing down the tradition, Catfish continues his lifelong journey as one of the brightest lights in acoustic blues and roots music.

This concert tour celebrates Catfish’s 25th Anniversary of touring the UK, and his 46th Overseas Tour!

Ever since bulldozing his way onto the scene with unforgettable tracks like ‘Cuddly Toy’ and ‘Family Man’ in the late 80s, Andrew Roachford’s maverick take on music has spread far and wide. As the first artist to sign a staggering seven-album deal with Columbia Records, it heralded the beginning of something big.

Following the release of her fifth studio album ‘Then Up’ and subsequent UK tour earlier this year, the highly acclaimed singer-songwriter Lisbee Stainton plays  a run of acoustic shows for November 2017 including Chester Live Rooms. 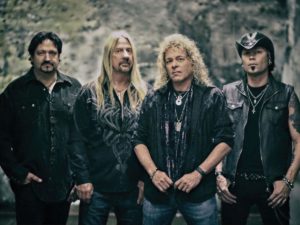 Before Mötley Crüe and Metallica, Y&T was setting the precedent for hard rock bands that would eventually follow. Originally formed as Yesterday and Today in the 1970’s, the band released two albums before changing their name to Y&T. Years later and four million albums sold, the American hard rock band will play their hits and single, ‘I’m Coming Home’ to UK audiences.