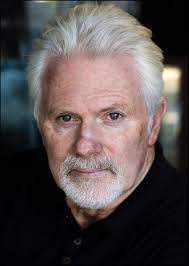 No matter how experienced, the prospect of performing in a relatively new play must always be a little more daunting for actors. Such has been the prospect for Emmerdale, Brookside and Prime Suspect star John McArdle who is currently playing the role of Bob in Andrew Bovell’s critically acclaimed Things I Know to be True. The play, produced by Frantic Assembly, will be at The Storyhouse in Chester from November 6th – November 10th, and is as beautifully touching as it is funny and bold, telling the story of a family and marriage through the eyes of four grown siblings struggling to define themselves beyond their parents’ love and expectations.

Parents Bob and Fran have worked their fingers to the bone and, with their four children grown and ready to fly the nest, think it might be time to relax and enjoy the roses. Instead though, the changing seasons bring home some shattering truths. It is a remarkably physical play and, when speaking to John, he’s a little croaky having undertaken two performances the previous day in Oxford. Stalwart that he is though, the problem is minor when playing in such a beautifully crafted piece of theatre.

John’s character is the lynchpin of the family and, having read the script, he instantly saw the familiar traits and characteristics that all family men – and women – will be able to relate to. “What I recognised most is that when your kids have grown up and face grown up issues, you as a parent still take their problems on board and try to help them solve whatever problems they might be having. That in itself can be emotionally challenging, but in the play the dynamic of family really does shine and places the good and the bad side of family life in the spotlight.”

It was John’s daughter’s suggestion to work with Frantic Assembly. “She said to me that I really should work with  them because she told me how wonderful they are in the work they produce. My agent, too, really encouraged me to do it. I have to say that they’ve both been right. It’s a terrific play to be a part of.”

With Frantic Assembly’s reputation for melding the physical aspects of theatre with the dramatic, John’s preparations for the play

have been somewhat more extreme than that which he has been previously used to.

“Flippin’ ‘eck it was tough and we only had three weeks rehearsals, which isn’t long in itself for a play of this size, but they had me doing all sorts!” John laughed. “An hour of circuit training kicked the day off consisting of press ups, lifts, stretches. Then we did the physical work that’s in the show, which again involves lifting and moving in a way that was sort of alien to me.  All the exercises took place before lunch break, by the way, and after having had something to eat we’d then have a game of five-a-side volleyball. This was all before we’d moved on to the text, incidentally!”

“It was all something a bit different, but it certainly got me a lot fitter than I was and I actually really enjoyed it I have to say. Its such a demanding show, being physically fit is just as important as being able to remember the lines.  In the volleyball, too, we had a mini-championship going on and our side won it, so there was an added bonus. We even got a trophy!”

“I’ve never worked with dual directors before and I have to say Scott Graham and Geordie Brookman were tremendous. Whatever they had to suggest was always precise and their concentration on the finer details is just amazing. They both really, really care about this play, you can see that, which obviously makes us as actors care about it all the more too, which can only help our performances. Another element to their directing that’s really been appreciated is that neither of them asked us to do anything they weren’t prepared to do themselves. They both got fully involved in everything … including the post-lunch volleyball games.”

Asking John what an audience can expect from Things I Know to be True causes a little bit of hesitation. Hardly surprising as there really is so much in it. “There’s everything really. Laughter and joy. Recognition of what it takes for a family to survive. There’s sadness in there as well. It’s got little bits of everything that make up a great big whole, just like life itself, really, which is what makes the play such a beautifully written and observed piece of theatre.”

Prior to playing Bob, John has been embroiled in a somewhat tempestuous plot in Emmerdale where he played Ronnie Hale, a gay builder with a past involving upper class businessman Lawrence White, played by fellow Merseyside actor John Bowe who hails originally from Greasby on Wirral. “It was great, two butch men playing a gay couple was really good. It was also good we got such positive feedback from the gay community who said we portrayed the relationship really well. That was nice. It was a longish stint, around about fifteen months, and they haven’t killed me off either so, who knows, one day I might return.”

A further connection with John Bowe is that both actors have worked alongside Dame Helen Mirren on the original Prime Suspect series. “That’s right. John played George Arthur Marlow, the killer in the very first series, which was just incredible and ground breaking TV at the time. John was brilliant in that and when I first walked on the set I mentioned we were both Prime Suspect men and said straight off I thought the first and fifth series were by far the best! Naturally, he agreed!”

“That first series, though, was what set the whole thing rolling and at such a terrific pace. It set the standard really, in a lot of ways, for the crime dramas we see today on TV: not only through John and Helen’s portrayals but also those from the likes of Tom Bell and Zoe Wanamaker. Prime Suspect had an incredible cast for TV now, let alone back in the early nineties, and I still think it was an absolutely fantastic production and a privilege to be a part of.”

On top of acting the role of Ronnie for fifteen months before returning to the theatre following a short break in between, John has also

been busy publishing his memoir You Never Said Goodbye. Written as a letter to his father who died suddenly when John was seventeen years old, the book is an affectionate look back at how a young man’s life changed from being a scaffolder on building sites across the North West and beyond, into one the nation’s most sought after and highly respected acting talents. It is also an account that has been very well received.

“It’s been going really well,, better than I ever expected in dribs-and-drabs. I can’t complain,” John said. “Peter Grant [Wirral Globe journalist] has a book shop in New Brighton and he’s asked me along there to do a talk and a bit of a signing. It’ll probably be after this run has ended, but I’m already looking forward to that. So, yeah, it’s still trickling out which is really nice.”

Things I Know to be True runs at The Storyhouse in Chester November 7 – November 11.

Order You Never Said Goodbye Below